The Kuching Waterfront has been thronged with so many people for two weeks by having the International Dragon Boat 2016 and Sarawak Regatta 2016, from 11 – 13th, 18 – 20th November! This event is only open for countries in the Borneo islands, which has such a long history of 145 years, started from 1872 under the rule of the James Brooke. What is the difference between Dragon Boat and Regatta? Dragon Boat is a race of 800m, and Regatta is either 1000 or 1500m. Also, Dragon Boat consists of 12 members including 1 drummer per team, and Regatta, 7, 10, 15, 20, 30 paddlers with no dreamer. Although we were caught in a heavy rain halfway, the paddlers still performed greatly together with no flinching, and that exactly embodied “The Race for Harmony”, the theme of the event. This year’s Raja Sungai (The King of the River) is Cahaya Zen!

This annual event is the showcase of boat race with participation from various government agencies, private sectors and also participants from the neighbouring countries of Indonesia and Brunei. Teams from villages around Sarawak make it a grand affair and also a great occasion for families from outside Kuching to visit the city. The blue-ribbon event is the coveted ‘Raja Sungai’ (king of the river) title in the ‘bidar’ category. Each longboat carries thirty paddlers and this category is always a closely fought affair.

The day programme includes “Brooke Swim”, Raft Tug-of-war, and duck catching.  Other activities include displays of crafts, exhibitions and a food fair.

The significance of regattas in Sarawak dates back to 1872 during the James Brooke era. It started with the intention to stop racial wars among local tribes where headhunting was largely practiced. James Brooke then instructed all tribes to instead challenge each other by having boat races to prove their power and strength. The call to challenge each other through the boat race rather than headhunting was successful in bringing peace to the area.

The Sarawak Regatta takes place along the Sarawak River. The 1.3 km Kuching Waterfront provides ample vantage points to watch the action on the water. 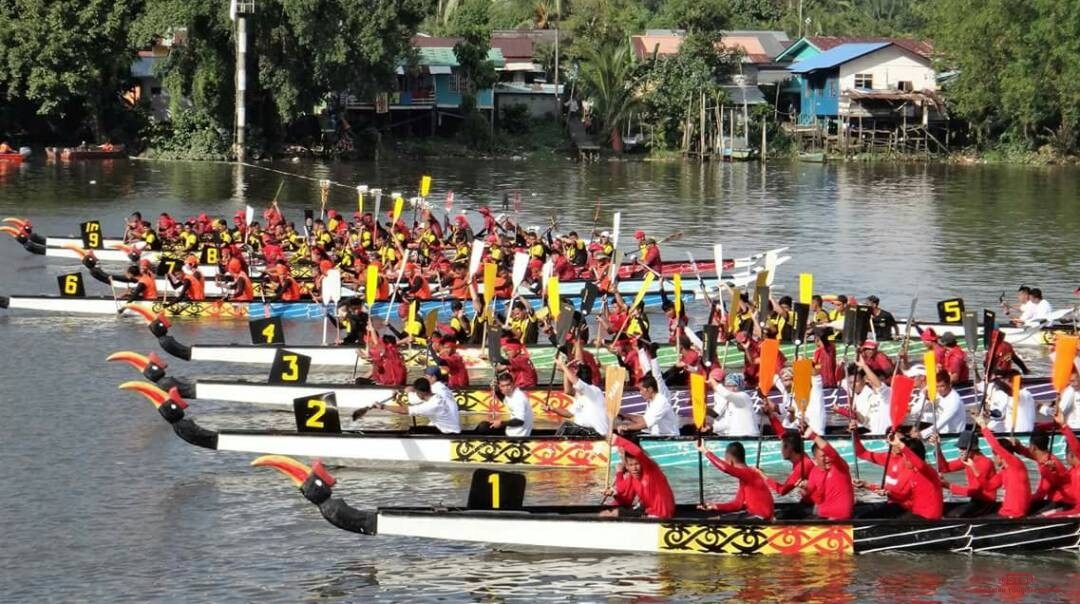 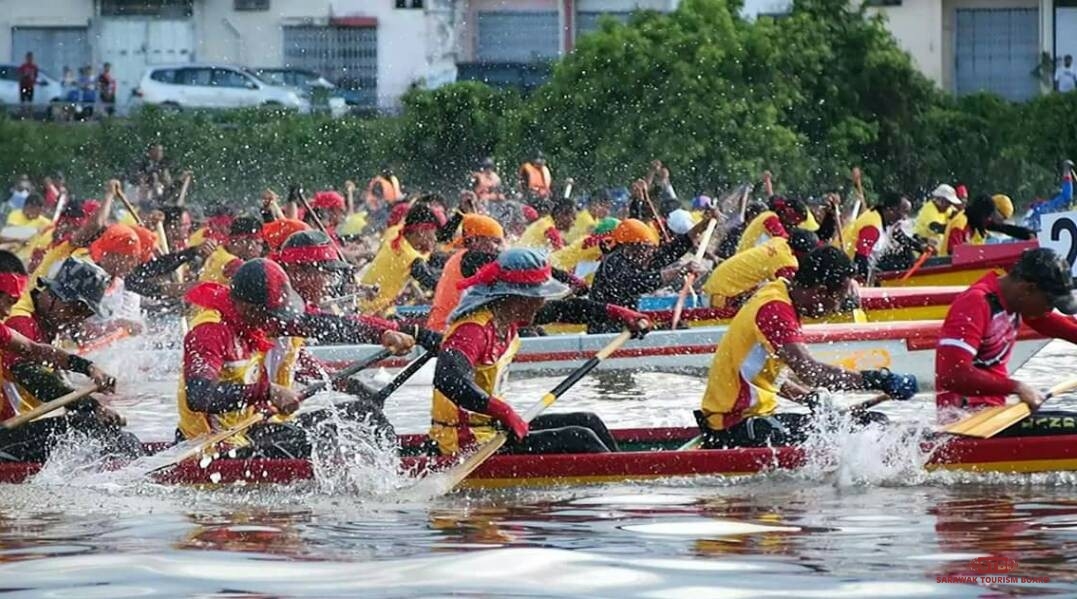 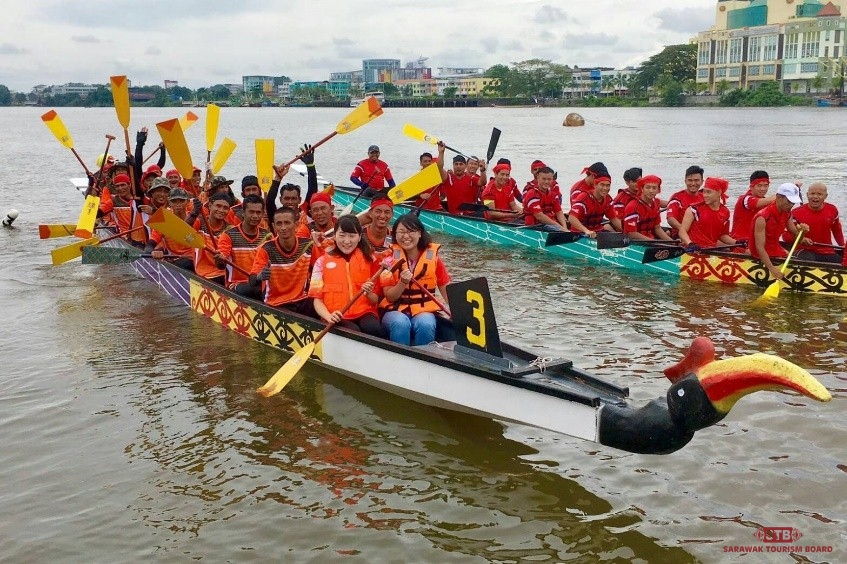 Note: This page is navigable offline once it is fully downloaded. However, outbound links and map do not work in this mode. For them to work, you need wifi/data connection